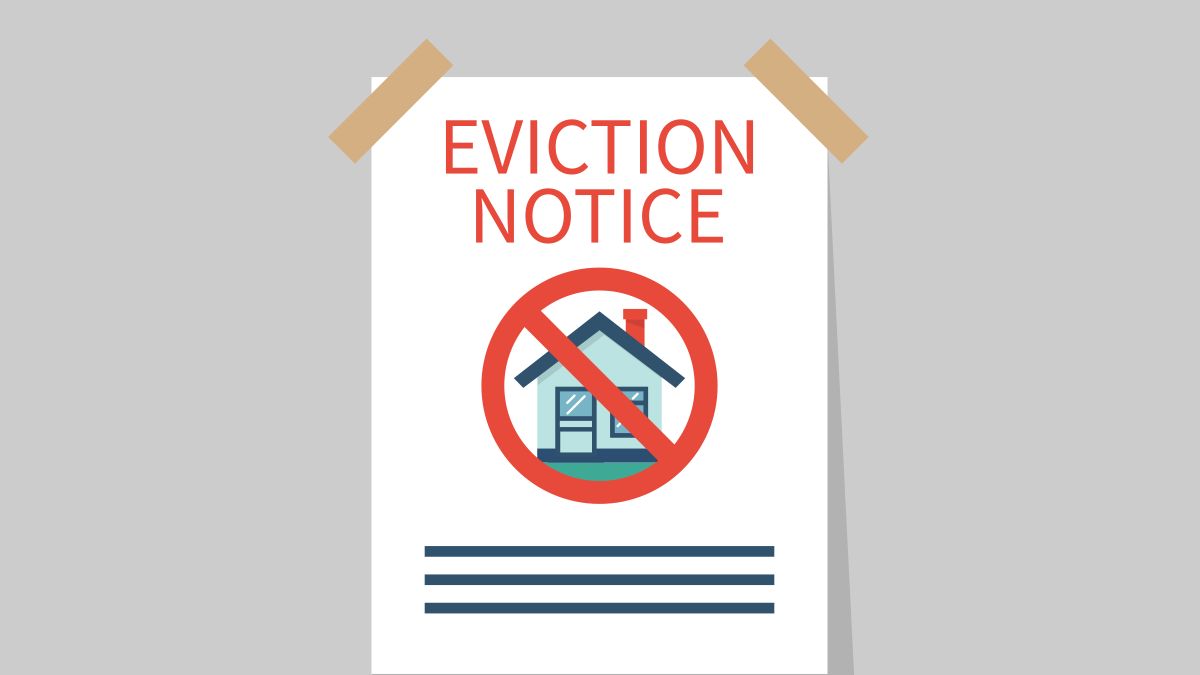 An effective, yet an often underutilized and misunderstood tool for tenants facing eviction is the Texas Deceptive Trade Practices Act (DTPA). One of the main reasons attorneys may overlook the DTPA as a tool in evictions is the inability to utilize counterclaims in the defense of an eviction. See Tex. R. Civ. P. 510.3(e). Specifically, Texas Rule of Civil Procedure 510.3 states, in part, that the issues of possession and unpaid rent are the only issues to be handled in the eviction suit and that counterclaims and joinder are tools that are unavailable alongside a suit for eviction. Id.

Yet, eviction suits can often give rise to DTPA claims which can prove to be an effective tool for attorneys in the fight against evictions – particularly those which circumvent local, state, and federal laws put in place amid the COVID-19 pandemic.

1. Applicability of DTPA to Landlord-Tenant Disputes

The first common misconception of the DTPA is that it is not applicable to a lease for real property. While the DTPA applies largely to transactions surrounding “goods or services”, the DTPA defines “goods” as “tangible chattels or real property purchased or leased for use.” Tex. Bus. & Com. Code 17.45(1). Accordingly, per the plain language of the DTPA’s definition of “goods,” we can see that DTPA is intended to broadly apply to almost all business transactions including the leasing of real property.

This threshold issue aside, it is further important to note that the DTPA’s unique “tie-in statute” structure further provides claims for tenants. While many of the notable violations of the DTPA are included within section 17.46 of the Business & Commerce Code (known more colloquially “the laundry list”), numerous other laws related to the deceptive and unlawful practices of various industries of businesses create automatic violations of the DTPA through a system of tie in statutes. Notably among these tie-ins are the Texas Finance Code’s Debt Collection Rules that give rise to numerous potential claims for tenants facing eviction for unpaid rent.

While traditionally utilized in debt defense suits – such as suits for credit card debts – the debt collection rules of the finance code apply broadly to the collection of nearly any debt in Texas. Debt Collection is defined broadly in the code as any “act, conduct, or practice in collecting, or in soliciting for collection, consumer debts that are due or alleged to be due to a creditor”. Tex. Fin. Code 392.001. A debt collector is similarly defined as any person who “directly or indirectly engages in debt collection”. Id. These definitions are significantly more broad than their federal counterpart, the FDPCA, which limits its rules to only those who “regularly” collect the debts of others. 15 U.S.C. 1692a(6). Rather, the Finance Code’s broad definition encompasses the collection of any debt, including the collection of past due rent by a landlord, property manager, or attorney.

Accordingly, attorneys can readily utilize both the provisions of the DTPA’s laundry list and the finance code’s debt collection rules in responding to landlord-tenant disputes.

2. Relevant Violations of the DTPA to Tenants

Having overcome the threshold question of the applicability of the DTPA and its tie-ins to tenants, the next clear issue is what provisions of these codes landlords may be violated in the course of their eviction.

One notable example of the relevancy of the DTPA is the rampant violations of the various eviction moratoriums put into place by both local, state, and federal governments. In 2020, evictions were halted nationwide in most nonpayment of rent cases as part of the CARES Act. 15 U.S.C. 9058. Under the CARES Act, evictions were originally halted from March 27, 2020, to June 25, 2020, where the property was a “covered property” which included, among others, any property currently under a federally backed mortgage or receiving federal housing funds. Id. Despite the strong prohibition against evictions in the CARES Act, many landlords continued to threaten and file evictions against tenants for nonpayment of rent during this time, often due to the failure of the CARES Act to include an enforcement mechanism for its moratorium on evictions.

While many moratoriums, including the CARES Act, failed to specify a method of private civil enforcement for its provisions, the DTPA proves to be an effective tool for enforcing said moratoriums. Specifically, the finance code prohibits debt collectors from “threatening to take an action prohibited by law” in the course of collecting a debt. Tex. Fin. Code 392.301(8). Since said evictions were “prohibited” by the federal eviction moratorium, the threat to evict an individual for nonpayment of rent, such as in a notice to vacate, gave rise to a suit under the Deceptive Trade Practices Act for many tenants.

This provision was made more effective by the fact that the violation occurred not at the time an eviction suit was filed, but rather at the point one was threatened. This meant that tenants could utilize the DTPA to seek the recovery of any rent which was paid as a result of the threat of a landlord to take any action prohibited by law including eviction during an applicable COVID-19 moratorium.

Yet, the Finance Code and DTPA are not only effective tools for moratoriums. For instance, Sect. 392.304(8) of the Finance Code prohibits this misrepresentation of the “character, extent or amount” of a debt or “misrepresenting the consumer debt’s status in a judicial or governmental proceeding”. These provisions can allow tenants, among other things, to seek damages related to the negligent or intentional misrepresentation of the amount owed in an eviction suit or notice to vacate.

While the Finance Code provides relevant provisions for nonpayment of rent cases, the “laundry list” provides provisions that can effectively remedy deception occurring at the time of contract formation for tenants. For instance, the DTPA’s prohibition against misrepresenting the “standard, quality, or grade” of “goods” can be utilized to terminate and seek damages related to the lease of a unit where said unit was not of the “quality” or “standard” which it was advertised to have been in by a landlord or leasing agent. Tex. Bus. & Com. Code 17.46(7).

The “laundry list” further provides for tenants during their leasehold as well. For instance, the DTPA prohibits the false statement of fact surrounding the need for “parts, replacement, or repair service”. While this provision is largely intended for the deceptive acts in selling unneeded repairs, it could similarly be utilized to combat the deceptive concealment of repairs made by a landlord’s agent.

In sum, the Deceptive Trade Practices Act provides a wide array of remedies available to tenants at all stages from contract formation to the time of eviction.

3. Practical Tips for Utilization of DTPA in Eviction Defense

As evictions do not permit the filing of counterclaims, it is notable that the filing of a DTPA claim will typically require a separate original action to be filed against a landlord. This creates some difficulties as a DTPA suit cannot typically be used as an offset for damages sought in the course of an eviction. Yet, while a counterclaim cannot be filed in a JP Eviction Suit in Texas, it should be noted that a DTPA suit filed at the time of an eviction case can prove to be an effective tool in settlement negotiations for the underlying eviction.

While the Deceptive Trade Practices Act typically requires a 60-day demand letter to be sent prior to the suit being filed, the demand letter can be sent at the time of the eviction opening up the door to its inclusion in settlement negotiations for the eviction. See Tex. Bus. Code 17.505. Further, a suit can be filed without a 60-day demand letter, but this will open the door to a 60-day abatement of the suit. Id. This can be an effective option where a Temporary Restraining Order is sought, such as to enjoin the landlord from continuing to threaten eviction.

The Deceptive Trade Practices Act provides advantages over many other means of remedying misconduct by landlords and property managers in that the DTPA provides for an often advantageous calculation of damages compared with many alternatives. The complex calculation of damages under the DTPA additionally raises concerns as to how to proceed even within the scope of the DTPA itself.

For violations brought under Chapter 17 of the Business & Commerce Code itself, including the “laundry list”, damages include economic or monetary damages plus attorney’s fees and costs. Bus. & Com. Code 17.50. If a violation is shown to have been done “knowingly” the DTPA permits the recovery of treble damages plus mental anguish damages. Id. Finally, for “intentional” violations a tenant may recover treble economic and treble mental anguish damages. Id.

Comparatively, for “tie-in” violations, recovery includes actual damages for all violations plus attorney’s fees and costs. Id. This means that mental anguish or emotional distress damages and other non-economic losses are permitted without any further proof of mental state. Id. Where a violation is done “knowingly” a tenant may further recover treble actual damages. Id.

The inclusion of treble damage awards and a fee-shifting provision makes the DTPA advantageous over many other potential causes of action, such as common law fraud or breach of contract. It is noteworthy, however, that even within the DTPA, tie-in statutes present a more advantageous calculation of damages than their direct counterparts as described above. Accordingly, practitioners should seek any recovery options under a tie-in statute above potential “laundry list” violations where both may exist.

Finally, it should be noted that the Deceptive Trade Practices Act holds a 2-year statute of limitations. Tex. Bus. & Com. Code 17.565. This statute of limitations creates a significant barrier to recovery for many contract formation issues that may be otherwise actionable under the DTPA where the violation is first noted at the point of eviction. Furthermore, the limited time in which such an action could be brought makes it all the more imperative that an attorney representing a client on an eviction is fully aware of the potential remedies under the DTPA, so as to prevent the expiration of these potential actions which may first accrue at the eviction.