FEMA’s Movement Toward Equity and Transparency

More Information of the Future of FEMA 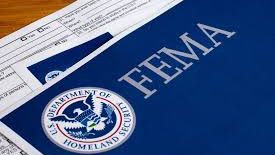 It is common to think of disasters as equal opportunity tragedies because they strike without regard for race, class, or status. Unfortunately, this idea is not borne out by reality, both disaster-prone areas tend to be occupied by low-income and minority individuals, and because disaster recovery is inequitable. Recovery outcomes can look very different depending on the race and pre-disaster income of the disaster survivor.  A study published in 2018 found that in “counties with extensive hazard damages of at least $10 billion from 1999 to 2013, white households gained $126,000 in wealth, on average. By comparison, black households lost an average of $27,000 in wealth and Hispanic households lost $29,000[i].”  The reasons for the disparity between wealthy white survivors and low-income survivors of color are complex and not easily solved. But in early 2021, FEMA – and other federal agencies – were directed to take further action to address such inequity.[ii]  To that end, in September 2021, FEMA published policy changes it intends to increase equity in the distribution of financial assistance through its Individuals and Households Program (IHP). [iii]

In announcing the recent changes, FEMA noted “where there are administrative burdens, they do not fall equally on all entities and individuals, leading to disproportionate underutilization of critical services and programs, as well as unequal costs of access, often by the people and communities that need them most.”[vi]   The policy changes, effective for disasters declared on or after August 23, 2021, are intended to remove some obstacles that previously interfered with the availability of financial assistance to individuals with low income and people of color.

A few of the changes FEMA announced were described as expanding federal disaster assistance.  These expansions include providing financial assistance to applicants for cleaning and sanitizing even if the damage did not make their home unlivable, providing financial assistance to add a limited set of accessibility features to homes of individuals who became disabled due to the disaster, and providing financial assistance for disaster caused mold.[vii]  In addition, FEMA broadened the types of documents it will accept in order to allow disaster survivors to prove they meet certain eligibility standards, specifically, occupancy, which relates to multiple forms of IHP, and ownership, which is specific to home repair assistance.  To give an idea of how these changes can make a difference for survivors, we’ll focus just on the latter.

Pursuant to regulation,[viii] an IHP applicant meets FEMA’s definition of “owner-occupant” by providing evidence of legal title; a life tenancy; or that they lived in the property rent-free and were responsible for property taxes or maintenance at the time of the disaster.  But persuading FEMA that this standard was met could prove difficult in practice. FEMA administers assistance across all fifty states, in tribal lands, and in US territories.  FEMA representatives – who are generally not lawyers – do not consistently recognize some documents as being instruments of legal title.  Or when the applicant relied on a different prong of the standard, FEMA representatives were not consistently accepting documents even if they appeared to applicants and advocates to be consistent with the standard.

When FEMA decision-makers did not recognize a document as sufficient for eligibility, an applicant would receive a home repair assistance denial letter stating that they “failed to verify ownership.”  At best, applicants could appeal and hope that the subsequent FEMA decisionmaker would recognize their documentation as sufficient.  (However, even if a low-income applicant undertook an appeal and was ultimately successful, they likely endured more weeks or months residing in an uninhabitable home while waiting on the decision.)  At worst, applicants incorrectly determined to be “ineligible” were stuck with that outcome.   Some applicants are more likely to aggressively assert their rights; some may be empowered by advocates; but others do not have the wherewithal to challenge it further.

If FEMA representatives ultimately decide applications consistently with the new policy, more FEMA applicants are likely to successfully establish ownership and be considered eligible for home repair assistance.  It should be easier for FEMA representatives to recognize documents as acceptable when they can refer to this expanded list which now includes, among other items, affidavits of heirship, court documents, and mobile home park documents.   And importantly, FEMA also expanded the range of acceptable dates of documents; previously the documents needed to have a date no earlier than three months prior to the disaster but that has now been expanded to one year prior to the disaster. Finally, for those disaster survivors who live in heirship properties or mobile homes, FEMA may accept a self-declarative statement as a last resort. We are hopeful that these will prove beneficial in practice.

These changes are related to equity because people with more privilege and financial resources are more likely to have traditional evidence of title. For example, owners who acquire homes through transactions involving traditional financing can simply provide a deed to FEMA upon request or obtain a copy from local property records where evidence of their ownership is likely to have been recorded. Or owners who acquire an interest in property through heirship and can afford to settle the estate without delay are better positioned to provide the corresponding court order or deed to FEMA upon request.  But owners who secured affordable housing without the benefit of such transactions are still subject to damage inflicted by disasters and are likely to have a tougher time pulling together the necessary documentation at the crucial time.

On a separate note, we also were pleased to see that FEMA published these changes when they became effective.  Historically, FEMA has published very limited and superficial information about its eligibility requirements and instead has relied on unpublished "internal" standards to make eligibility decisions. Not knowing what standards FEMA relies on makes it harder for survivors, especially unrepresented survivors, to show they do meet FEMA’s standard.

For well over a decade, TRLA client La Union del Pueblo Entero (LUPE), and other disaster advocates across the nation, have been seeking greater transparency from FEMA through litigation, FOIA requests, and administrative proceedings.  LUPE’s most recent lawsuit against FEMA remains pending and is styled La Union Del Pueblo Entero v. Federal Emergency Management Agency et al., Cause No. 5:21-cv-00071, in the United States District Court of the Southern District of Texas.  It includes LUPE’s repeated request that FEMA publish its standards on its website.

Even as FEMA took a step in the right direction by publishing a policy guide on its website in 2016, it has not been reliable since it remains incomplete, was not being updated consistently to reflect changes, and is explicitly non-binding.  It is encouraging to see that the September 2021 policy announcement described in this article was published on FEMA's website and explicitly incorporated into the online policy guide.  We hope this practice will be expanded to include all eligibility standards that FEMA uses so that disaster survivors can know why they were denied assistance and make informed decisions about whether and how to appeal.

[iii] FEMA’s September 2, 2021 “Memorandum for Regional Administrators”.  Quote is from the latter.

[v] See www.fema.gov/assistance/individual/policy-guidance-and-fact-sheets, where FEMA consolidates its public-facing policies. However, FEMA considers some policies to be for internal use only.  It is the position of the authors of this blog that some of those policies are actually required to be published as well. See La Union Del Pueblo Entero v. Federal Emergency Management Agency et al., Cause No. 5:21-cv-00071.

[vi] Id, quoting “Study to Identify Methods to Assess Equity: Report to the President” at 21.